Audi has partnered up with Sony Pictures Entertainment to release exclusive digital content ahead of this summer’s upcoming “Spider-Man: Far From Home” movie.

The digital short film titled ‘Science Fair’ features Peter Parker (played by Tom Holland) and his best friend Ned (played by Jacob Batalon) up against some very serious competition at their school science fair. To save their presentation, Peter races against time to get the perfect scientific electrifying car: the all-electric Audi e-tron GT concept.

“Teaming up with Sony Studios gives us an ideal opportunity to stage Audi´s electric offensive into a spectacular environment and to customise this important technology for a highly engaged audience. Therefore, product placement plays a significant role in our new brand strategy“, said Sven Schuwirth, Head of Brand Audi, Digital Business and Customer Experience at AUDI AG. Audi vehicle placement in “Spider-Man: Far From Home” includes the all-electric Audi e-tron and the Audi A7 and Audi Q8. Audi vehicles will also make an appearance at the movie’s premiere in Hollywood. 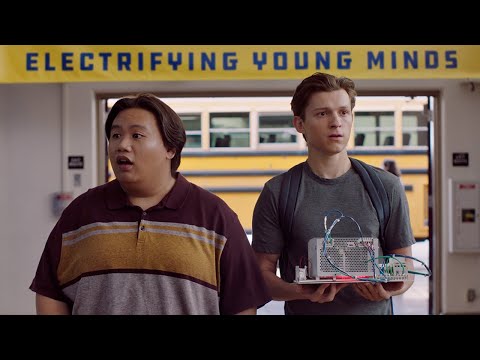