Harrogate Audi crowned
'Audi Centre of the Year for 2015'

Harrogate Audi has been crowned Audi Centre of the Year for 2015 in the brand’s annual Q Power awards. Audi UK, which set yet more records last year for its sales and aftersales performance, presents its Q Power awards to Audi Centres across the country which notably exceed the high standards it expects of all its partners, and Harrogate Audi has gone beyond even these top performers in its pursuit of excellence to secure the top honour nationally.

Harrogate Audi, which also received an area-specific trophy for its overall performance, delivered outstanding results throughout 2015. Never dropping below sixth place in the rankings, Keith Loveday and his team averaged a ranking of third place throughout the year and scored highly in every area to top the tables by nearly five percentage points.

Members of Audi UK’s management team broke the good news to the Harrogate team when they paid a surprise visit to the Centre recently, and took time to personally thank and congratulate all of the staff personally.

Andre Konsbruck, Director of Audi UK said “2015 was another successful year for Audi with more records set in both volume and quality terms. We are lucky to have a professional network which understands the demands of our customers and Q Power is our way of recognising those who deliver at the highest level over a consistent period. Amongst all of our worthy winners, Harrogate simply stands out as a world class team delivering benchmark performance. Visiting the team and witnessing its genuinely ‘Vorsprung’ approach made it easy for me to see why they have achieved so much.” 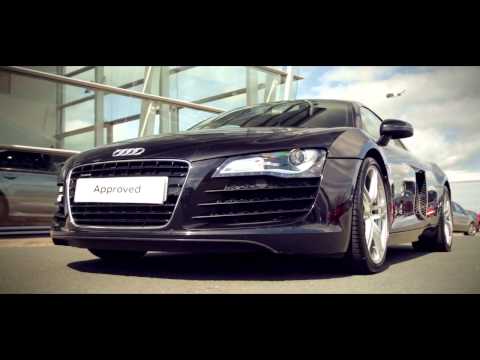