Introducing The Audi A8: future of the luxury class

Today is where the future begins in the luxury class: The new Audi A8 makes its world debut at the Audi Summit in Barcelona. In its fourth generation, the flagship model again provides the benchmark for Vorsprung durch Technik – with a new design language, an innovative touchscreen operating concept and a systematically electrified drive. The Audi A8 is also the first production automobile in the world to have been developed for highly automated driving. From 2018, Audi will gradually be taking piloted driving functions such as parking pilot, garage pilot and traffic jam pilot into production.​

The Audi brand is renowned worldwide for sports appeal, lightweight construction and quattro permanent all-wheel drive – and the design of the new A8 conveys these values. The balanced proportions emphasize all four wheels in equal measure. Muscular shapes above the wheel arches give visual expression to the quattro drive. Viewed side-on, the upright front end combined with the gently inclined rear create visual tension. The flagship model proclaims its identity both day and night, drawing on both the striking HD Matrix LED headlights with Audi laser lighting, and the LED light strip combined with OLED technology rear lights. These produce unique light animations as the driver approaches and leaves the car.

World premiere: the pilot-driving Audi A8

The new A8 is the first production automobile to have been developed specially for highly automated driving. The Audi AI traffic jam pilot takes charge of driving in slow-moving traffic at up to 60 km/h (37.3 mph) on freeways and highways where a physical barrier separates the two carriageways. The system is activated using the AI button on the center console.

The traffic jam pilot manages starting, accelerating, steering and braking. The driver no longer needs to monitor the car permanently. They can take their hands off the steering wheel permanently and, depending on the national laws, focus on a different activity that is supported by the car, such as watching the on-board TV. As soon as the system reaches its limits, it calls on the driver to take back control of the task of driving. Check out the video to see the latest technologies of the new A8 in action. 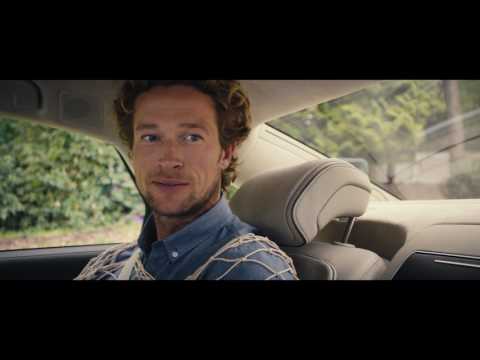