The BMW iNEXT addresses the big question that is at the heart of the BMW Group’s day-to-day work: “How will we be moving around in future?” iNEXT builds resolutely on the idea that first took shape in 2007 with “project i” and evolved into the launch of the BMW i3 in 2013. The BMW Group has already achieved a great deal on this front: it now has over ten years of experience with electric mobility under its belt in both small-scale and large-scale production, the BMW i models are being improved all the time, and their technology is being employed to gradually electrify models from the BMW and MINI ranges. The next step now is the complete in-car integration of the strategic innovation fields Autonomy + Connectivity + Electric + Services.
The Design, meanwhile, is a visual expression of the innovation fields and answers the question about what the driving pleasure experience is going to look like in future. The car we know today as BMW iNEXT will come onto the market in 2021.

“The BMW Vision iNEXT represents a new era of sheer driving pleasure,” said Harald Krüger, Chairman of the Board of Management of BMW AG. “It underlines the leading role Germany plays in the future of mobility.”
Highly automated, emission-free and fully connected, it brings together the BMW Group’s strategic innovation fields into a Vision Vehicle for the first time and provides revealing answers to the question: “What does a vehicle look like which no longer needs to be driven by a person but can be if desired?” At the heart of such deliberations are, more than ever, people – with all their emotions and desires.

Boasting the size and proportions of a modern BMW SAV, the BMW Vision iNEXT cuts an authoritative figure. The vehicle instantly conveys its trailblazing character through clearly sculpted forms and surfaces. Striking paintwork and sophisticated details strengthen this impression further. The Liquid Greyrose Copper exterior gradually changes in shade from warm copper to dark rose and injects the vehicle with dynamic flair even when stationary.

The large, interlinked double-kidney grille, the iconic side window graphic, and the blue accent surfaces at the front, sides and rear have clearly adopted the BMW i styling that already featured on the BMW i Vision Dynamics presented in 2017. Unlocking the vehicle causes the blue accents to light up, accentuating its eye-catching lines. Glass surfaces such as the large windows and the lights are integrated seamlessly into the design and have the appearance of elaborate inlays.

The BMW Vision iNEXT displays the powerful, robust stance of a modern BMW SAV when viewed from the side. The vehicle’s functional two-box proportions and long roofline hint at the ample space inside. The long wheelbase and short overhangs, meanwhile, give the silhouette a dynamic edge. Powerfully sculpted surfaces curve along the flanks like well-defined muscles. Precisely placed lines intensify this interplay and lend added impact to the wheel arches. The large (24-inch) wheels are aerodynamically efficient, and their three-dimensional, sculptural design represents both a stylistic and functional highlight. Cameras assume the job of the exterior mirrors, while touch-sensitive illuminated graphics take the place of conventional door openers, underlining the modern, enclosed appearance. There are two large opposing doors with no B-pillar separating them. When opened, they provide an unobstructed view of the spacious interior, while the frame reveals carbon-fibre surfaces. Black cladding brings the bottom edge of the flanks to an SAV-style conclusion and incorporates a blue accent strip as a marker of the vehicle’s electric drive system.

At the rear, the horizontal arrangement of the lines and surfaces creates a wide and dynamic stance. The slender and distinctive rear lights extend a long way into the car’s rear end and emphasise its appearance. The air flows along the roof and this combines with a diffuser – that is illuminated for added impact – to enhance the car’s aerodynamics.

BMW Vision iNEXT drivers can choose to either drive themselves (in “Boost” mode) or be driven (“Ease” mode). “Boost” mode uses the electric drive system to deliver a highly dynamic and virtually silent driving experience with zero emissions. In “Ease” mode, the vehicle offers the driver and passengers a space in which to engage in a wide range of activities. The BMW Vision iNEXT can be a place of relaxation, interaction, entertainment or concentration, as desired; the possibilities are as manifold as the occupants’ needs. Accordingly, the cabin is more akin to a comfortable and fashionably furnished “living space” on wheels – a new “Favourite Space”.

The large panoramic roof floods the interior with light, creating a cheerful, welcoming atmosphere. Two individual seats in the front plus a one-piece bench in the rear mean there is room for up to four people. A blend of cloth and wood materials produces a high-quality impression and makes various elements resemble furniture. The nude shade Purus Rosé, Brown and Beige are mainly used for the cockpit’s colour scheme, with accents in the shimmering metallic Mystic Bronze. The rear compartment is dominated by the chiefly petrol-coloured Enlighted Cloudburst cloth upholstery with its intricate Jacquard weave, which runs asymmetrically across the seat area and extends into the side panelling and parcel shelf.

A SYMBOL OF A NEW ERA.

The BMW Vision iNEXT takes the possibilities of autonomous mobility into a future not far from now and showcases solutions which, first and foremost, inject fresh energy and also embody the strategic focus of the BMW Group when it comes to the future of personal mobility. In 2021, Sheer Driving Pleasure will be reimagined in the form of the series-production BMW iNEXT, which will take the BMW Group’s strategic innovation fields (“D+ACES”) onto the road for the first time in a single package. 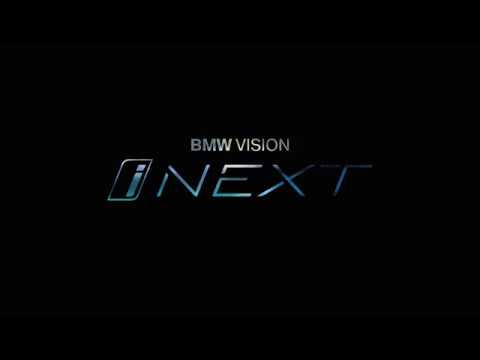 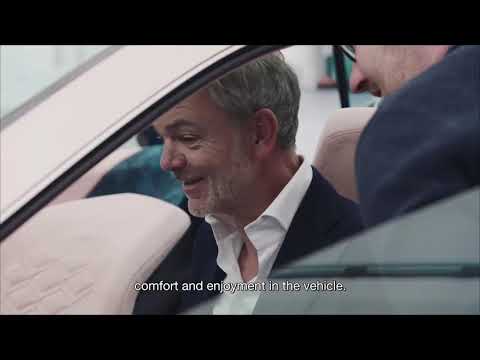