The all-new BMW X4 continues its success as the first ever Sports Activity Coupe at the premium end of the mid-size class. The next generation X4 will put even more emphasis on a sporty design with powerful dynamics and will be premiered this month at the International Motor Show in Geneva.

The new X4 is bigger and better with an increase in length (+81 mm), width (+37 mm) and wheelbase length (+54 mm). With extravagantly styled and dynamically stretched lines, the new Sports Activity Coupe adds an eye-catching athlete to the BMW X model family. The vehicle weight has also lowered by up to 50 kilograms compared to the predecessor model, thanks to BMW EfficientLightweight measures.

To celebrate the release of the new X4 and prove itself to the BMW family, the car will be undertaking a trip from Munich via Davos to the location of its world premiere in Geneva. Along the way, the X4 will be showcasing its key features and the tough conditions it was built for.

The X4 will begin by crossing the Flüela Pass, navigating the winding roads of this Swiss Alpine pass road at 2,383 metres above sea level, the new BMW X4 can expect to encounter snow depths of more than a metre.

In these extreme weather conditions the second generation of the successful BMW model can make full use of its driving dynamics qualities such as the BMW xDrive all-wheel drive function which makes the BMW X4 especially versatile and sporty.

The premier tour will then visit Lake Geneva! The shores of Europe's biggest inland water body against the spectacular backdrop of Mont Blanc are the perfect setting for highlighting the fascinating design of the new BMW X4. The reduced weight is counteracted by the longer length and athletic structure making it not only eye catching but more aerodynamic.

Finally, on the 8th of March, the BMW X4 will be presented at the Geneva International Motor Show. 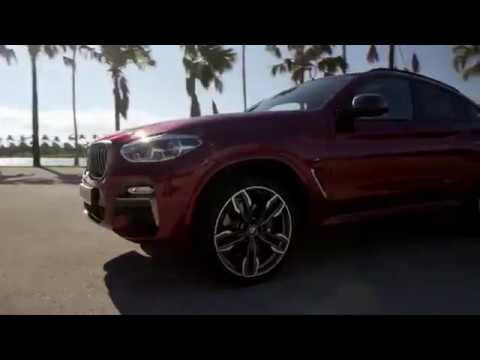