The JAGUAR F-PACE was declared the 2017 World Car Design of the Year today at a press conference hosted by the New York International Auto Show, Bridgestone Corporation, and Autoneum.

This is a second design award for Jaguar. The Jaguar F-Type previously won the World Car Design of the Year award in 2013.

Ian Callum, Director of Design, Jaguar, said: “The F-PACE is our first ever SUV but it is clearly recognisable as a Jaguar and for it to win the 2017 World Car Design of the Year trophy vindicates our decision to bring our unique design principles and dynamic qualities to a new sector of the market.”

The World Car Design of the Year category, and the corresponding award, are meant to highlight new vehicles with innovation and style that push established boundaries.

Candidates for the design award may be on the overall World Car of the Year list OR may be included as a stand-alone entry provided the vehicle is available in quantities of at least 10 in one major market during the period beginning January 1, 2016 and ending May 31, 2017. Candidates may be pre-production or all-new production.

A design panel consisting of six highly respected world design experts was asked to first review each candidate, and then establish a short-list of recommendations for the jurors. The design experts were:

The experts commented that, “The design of the F-PACE is both sensuous and expressive. It maintains the visual link with recent models of the brand, whose expressive pitch has leant towards low road hugging proportions. It is a stand alone attraction when parked on the curb side next to any of its contemporaries. “

The 75 World Car Awards jurors then voted on the expert’s recommendations in February and their ballots were tabulated by the international accounting firm KPMG.

A short-list of three finalists was then announced earlier this month at the Geneva International Motor Show in March: the Jaguar F-PACE, the Mercedes-Benz S-Class Cabriolet and the Toyota C-HR

The Road to World Car began in Paris on September 29, was followed by test-drives in Los Angeles in November, continued in Geneva with the Top Three in the World announcement, and finally ended today with the declaration of the winners in six categories at the New York International Auto Show.

2017 marks the 11th anniversary of the partnership between World Car and the New York show, and the fourth consecutive year that the World Car Awards have retained their ranking as the number one automotive awards program in the world in terms of media reach. 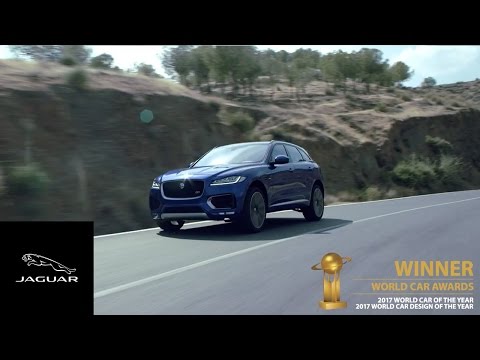