​Lamborghini Birmingham ‘best in the world’

Lamborghini Birmingham has been announced as the number one dealer in the world for personalisation of the Lamborghini product range. Automobili Lamborghini’s Ad Personam scheme allows clients to customise their new cars with a virtually limitless choice of colours and materials options, both internally and externally.

Lamborghini Birmingham was awarded the accolade for delivering the most cars to clients featuring Ad Personam touches, along with outstanding customer service throughout the last year. 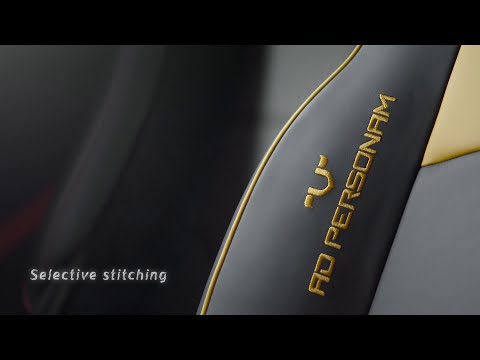 ​When ordering a new Lamborghini, with the Ad Personam programme owners can choose to specify a bespoke colour for their car, for example matching anything from a favourite item of clothing to a football team strip. At the other end of the scale, owners can select to entirely customise their Lamborghini, not only with internal and external colour schemes, leathers, seats, rims, stitching and trim but using special materials such as carbon fibre both inside and out, stamping or embroidering marks and logos. A CarbonSkin® material is even available: made of carbon fibre, extremely strong and light and, like the Forged Composite® material available both internally and externally on details such as roof and engine bay, has been patented by Automobili Lamborghini.

Lamborghini are very proud of this award, which reflects the amount of time and one-to-one customer service they offer. S

A client can opt for a simple Ad Personam feature through a car configurator system in the showroom, or to really explore the options available they take owners to the dedicated Ad Personam studio in Lamborghini’s factory near Bologna. There the customer will spend a day with a specialist consultant visiting the production line, seeing the incredible craftsmanship that goes into each car, and touching and seeing the vast range of different options available through Ad Personam. It’s an incredible environment and owners come away with not only the most authentic experience of the Lamborghini brand, but a car they are passionate about, entirely unique to them. And that’s the level of service Lamborghini Birmingham offer to their customers. e ...

Automobili Lamborghini has over 130 dealers worldwide, in 46 markets. In the UK Lamborghini Birmingham is one of eight dealers, three of which are operated by Sytner Group Ltd. The UK was the third largest market for Lamborghini worldwide, in a year that saw the Italian manufacturer deliver a record 3,547 cars globally. In the first half of 2016 more than 50% of Lamborghini super sports cars delivered were customized with Ad Personam options.

Lamborghini launched the V12 Aventador S at the beginning of 2017, with Lamborghini Birmingham commencing deliveries later this year. The Huracán family has also been expanded with the unveiling of the Huracán Spyder two-wheel drive, which brings the Huracán family to four models with another new car set to be announced at Geneva motor show in March.

In 2018 the Lamborghini Urus, the new super SUV, will arrive at Lamborghini Birmingham and markets worldwide as a third product line for Lamborghini.