The Bull in Birmingham

LAMBORGHINI has announced another record year for 2015, with 3,250 cars delivered to customers worldwide compared to 2,530 in 2014. This is due, according to Automobili President and CEO Stephan Winkelmann, “the appeal of the brand and a strong product portfolio,” as well as the carefully managed volumes that ensure exclusivity.

Lamborghini Birmingham is one of 135 dealers worldwide, and also saw a record year in 2015.

“The Lamborghini Huracán LP 610-4 has been met with a very strong reception,” said Sales Manager Chris. “Our customer base in Birmingham reflects that of markets worldwide, with newcomers to the brand accounting for around half of Huracán deliveries to customers last year, illustrating the all-round appeal this Lamborghini has. The success trend is set to continue this year too, with a strong forward order bank in 2016. As a result pre-owned sales are very strong too, for both the V10 Huracán and V12 Aventador.”

Both the Huracán and Aventador have collected numerous awards and accolades since their respective launches, including Huracán taking ‘supercar of the year’ in both Top Gear and GQ magazines and further awards to come for the Aventador LP 750-4 Superveloce. Announced in 2015, the Superveloce’s limited production of 600 coupes and 500 roadsters are sold out, with a few lucky Lamborghini Birmingham clients eagerly awaiting deliveries.

The Huracán product range is also expanding in 2016, with the Huracán LP 610-4 Spyder convertible, and LP 580-2, a rear-wheel drive version, due to commence deliveries this spring. “It’s a busy, very exciting time at Lamborghini Birmingham!” confirms Chris Synnott.

The year ahead also sees Automobili Lamborghini celebrating 50 years of the iconic Miura, which revolutionised the concept of V12 super sports cars with its launch in 1966. The 100-year anniversary of founder Ferruccio Lamborghini’s birth is another 2016 celebration, with a car celebrating the centenary due to be shown in March at Geneva motor show. 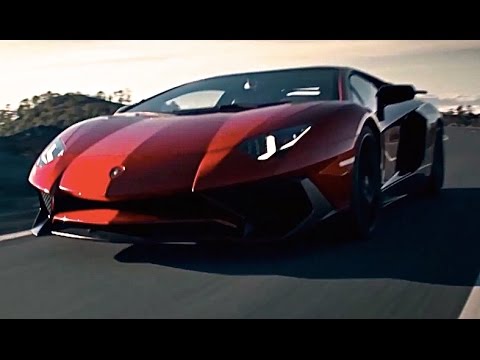 Lamborghini Birmingham will be celebrating with clients too, with another full programme of Lamborghini tours, showroom launches and outside events such as Salon Privé in September. Owners also regularly visit the showroom and service centre with their cars, or simply call in for a coffee.

We are very much looking forward to 2016!