Londoners were delighted when they spotted a one-of-a-kind Land Rover Defender ‘taxi’ driving through the streets of the capital. The Defender, one of the world’s best loved 4x4s, was starring in a commemorative film to celebrate this global automotive icon and to promote the forthcoming charity auction of the Defender 2,000,000 being held at Bonhams New Bond Street headquarters on 16 December.

The film, released today, also stars a number of other more unusual, specially modified vehicles including a Series II Land Rover ice cream van, a specially tailored Paul Smith Defender and the first ever Series Land Rover show car, displayed at the Amsterdam Motor Show in 1948, all taking in London’s famous landmarks as they tell the story of the Defender’s rich history.

The Defender 2,000,000 will be on display at a specially curated exhibition from 15-16 December for prospective bidders to preview the vehicle at Bonhams ahead of its auction.

All proceeds from the auction of ‘Defender 2,000,000’ will be donated in their entirety to Land Rover’s humanitarian and conservation partners – the International Federation of Red Cross and Red Crescent Societies (IFRC) and the Born Free Foundation. 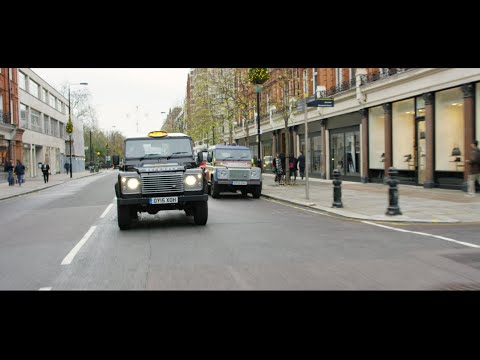