The chassis, suspension, braking and electronic stability systems are all optimised to retain Range Rover’s on-road dynamics, while Sentinel also delivers unparalleled off-road ability for an armoured vehicle of this kind, enabling it to tackle deep water crossings and challenging terrain with ease. Specially manufactured wheels incorporate a run-flat system so the vehicle can be driven over distances of more than 50km (up to 30 miles) at speeds of 80km/h (50mph) if a tyre is damaged. 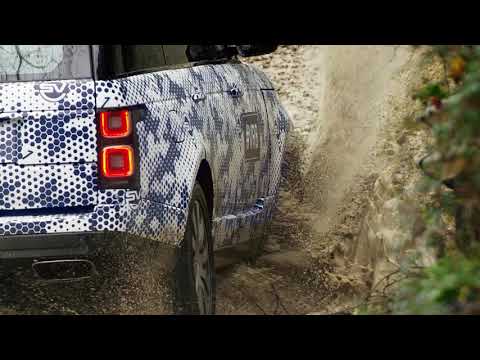 ​“The Range Rover Sentinel delivers the exceptional protection and security required by our VIP clients without compromising the superior refinement of the latest Range Rover. The addition of the more powerful 5.0-litre Supercharged V8 engine and a redesigned interior ensures a heightened level of performance and occupant safety.”​

A Mobile Fortress
Range Rover Sentinel, which now features more power, unparalleled refinement, all-terrain capability and the latest in occupant protection. Designed and engineered by Land Rover Special Vehicle Operations, and built at the SV Technical Centre in Warwickshire, the armoured Sentinel provides peerless occupant security with world class comfort. At its core is a protection cell built to stringent whole vehicle standards and in accordance with full ballistic and blast certification*. The enhanced body is engineered to face modern and unconventional forms of attack, including improvised explosive device (IED) fragmentation blasts.

Sentinel is fitted with armoured glass in order to help protect occupants from attack. Further security systems includes the option for a specially configured front window which drops a maximum of 150mm for document delivery, while it also features a public address system allowing occupants to address people outside the vehicle without leaving their secure environment. Siren and emergency lighting packs are also available.

Featuring the latest Range Rover exterior design elements, including LED lighting, Sentinel is now offered with the optional Black Pack which adds black finishes to trim items for an even more sophisticated appearance. The updated Range Rover Sentinel will make its debut at the Home Office Security and Policing show from 5-7 March 2019, at Farnborough International Exhibition and Conference Centre.