As an official sponsor of the event, McLaren returned to the Goodwood Festival of Speed celebrating the theme of the show 'Full Throttle - The endless pursuit of power'. ​​

Taking pride of place at McLaren House, adjacent to Goodwood House, were three incredible McLaren race cars. The brutal McLaren M8D from the 1970 season celebrated the 50th anniversary of the no-holds-barred Can-Am series, which McLaren dominated with five back-to-back titles. Representing 50 years since McLaren entered the Formula 1™ championship was the MP4-2C from the championship-winning 1986 season. And as 2016 marks the 100th running of the Indy 500 – a race which McLaren has won on three occasions – its first Indy car, the M15 from 1970, was also on display.

'McLaren House' was located in the now familiar spot on the north side of the track, to the east of Goodwood House. As in previous years, McLaren were also present in the Supercar Paddock with models from each of the three tier range. The recently announced track-only 570S Sprint made its global dynamic debut on the famous Goodwood Hill alongside the 570S Coupé from the Sports Series, while the 50th anniversary of the Can-Am championship was celebrated by the 650S Can-Am by MSO, joined by the sold-out 675LT Spider representing the Super Series. A special McLaren P1™ GTR completed the line-up, taking part in the Supercar Run, the Ultimate Series model was fitted with a livery inspired by James Hunt’s famous race helmet, in honour of the 40th anniversary of his Formula 1™ championship win. 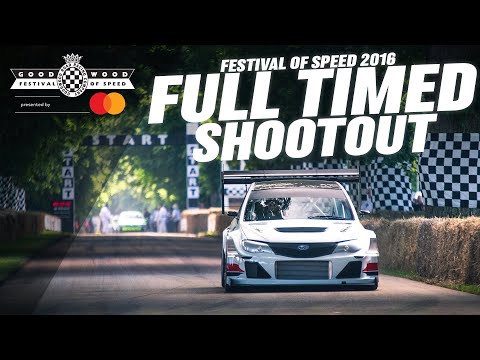