McLaren Unveil the 675LT: a Hommage to the F1 GTR Longtail

In 1997, McLaren redesigned their season dominating McLaren F1 GTR racing car in response to competition from the likes of the Mercedes CLK-GTR and the Porsche 911 GT1. Aiming for maximum performance, McLaren took the existing F1 GTR and set to work on creating an even further track focused car; lengthening the nose and tail to increase downforce.

Named the McLaren F1 GTR Longtail, this ultimate evolution of the F1 GTR went on to win many endurance races and take first and second in the GT1 class at the 1997 24 hours of Le Mans. 18 years after the iconic F1 GTR Longtail surfaced, McLaren have once again revived the Longtail moniker with an all new spiritual successor - the McLaren 675LT.

Headlining McLaren's Super Series, the 675LT has seen a plethora of changes, much like its Longtail predecessor, and now represents the lightest, most powerful and fastest model in the McLaren road car range – with the exception of the Ultimate Series McLaren P1.

The 675LT will be limited to just 500 examples and has been designed to offer incredible track-focused performance; bringing increased power, track ready dynamics and better optimised aerodynamics to the table. 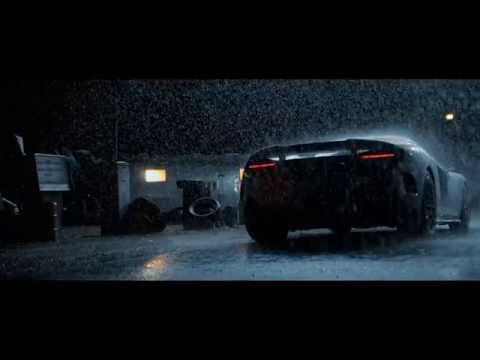 The F1 GTR Longtail story saw a racing car reminiscent of a road car transformed into a faster, harder and more focused machine; a similar transformation has happened here – the 675LT takes the 650S platform and then builds upon it to become a voracious track ready car.

As a starting point, the 675LT has followed suit and grown in size; it is now 20mm wider at the front and back in order to improve the cars stability and handling. Newly developed, stiffer, suspension has been created to improve body control and assist the revised bodywork and active aerodynamics in producing a 40% improvement in downforce. Every part of the car from the new suspension setup to the body panels and even the windows have been examined and remade to be as lightweight as possible. The extensive attention paid to weight has resulted in an overall saving of over 100kg – the 675LT weighing in at just 1,230kg.

Before hitting the road, the power travels through the same seven-speed SSG transmission as the other Super Series models – this has been recalibrated in all of its modes (Normal, Sport, Track) and offers better performance; shifting twice as fast as other Super Series cars. In a road car first for McLaren, Formula One inspired 'Ignition cut' technology has been adopted to momentarily cut the fuel spark on gearshift; this technique allows for an even faster change and additional dramatic noises on upshift and downshift; sounds that accompany a symphony of V8 thunder created by the new titanium exhaust.

Despite being a hardcore and track focused car, the 675LT has been created through McLaren's ethos of: “Designed for the track; Developed for the road". In keeping with this code, the 675LT has been made to still offer the driver a comfortable drive during normal driving situations. Sat inside the incredibly rigid and safe carbon fibre MonoCell, the driver has access to a full McLaren multimedia system and the option of air conditioning at no extra cost. The cabin is finished in Alcantara with carbon fibre detailing to continue the racing car spirit of the F1 GTR Longtail. The seats are fully carbon fibre seats and can be specified with full racing harnesses should the driver choose the optional McLaren Club Sport pack.