Could the Drayson B12/69EV represent the future of motorsport?

With the efforts for greener road cars now well under way across the globe, from a whole manner of automotive companies, many people have now turned their eyes to the world of motorsport to see how the sport will adapt and evolve. So far, the FIA's effort to create more environmentally friendly motorsport has seen Formula One cars adapt hybrid engines, Hybrid Le Mans cars and the all-electric series: Formula E.

Leaders in the racing technology sector and Formula-E technology partner – Drayson Racing Technology – have developed an incredible all-electric vehicle that is being hailed as the future of endurance racing.

Named the Lola Drayson B12/69EV, the car started life as a Lola LMP1 car that competed in the 2010 Le Mans, taking third position with Lord Drayson at the wheel. Unlike some projects, the aim here wasn't only to take an LMP1 car and convert it to all-electric drive but was also to add all of the very newest technology and to keep the vehicle under the 999kg weight limit for LMP1 classification. Thanks to the innovation and technology employed, the performance figures that the B12 achieves are just mind blowing.

A power plant delivering the equivalent of 850bhp helps the B12/69EV to create over 4000nm of torque – more than 3000nm above that of the Bugatti Veyron and over 3500nm more than the Lola B10/60, on which the B12/69EV is based. Unlike conventionally powered cars, the torque in the Drayson Lola B12/69EV is instant and ensures that the Drayson will go from 0-60mph in just three seconds and 0-100mph in five.

At current the car is only capable of 10-15mins of power but Lord Drayson, Drayson Racing Technology CEO, dreams that one day the car will be able to complete the Le Mans 24 hours using only electric power. Despite today's batteries being incapable of such a feat, batteries that could see the car complete at least a single stint are in development but are currently incomplete due to still being unstable.

The Drayson Lola B12/69EV project doesn't just focus on the car itself however; many other innovative technologies are being tested and developed to support the car and could one day be adopted both on and off the race track.

One such piece of technology is wireless charging, technology that would see traditional charging points made redundant at the homes of people who own electric vehicles. There has also been a call for wireless charging in motorsport as it would allow the cars to be charged whilst racing, effectively granting them an infinite range.

Created outside the confines of any racing series' or public roads, the Drayson Lola B12/69EV is an unbounded and pioneering research project that reaches into the future and shows us what we could one day expect from all forms of racing and road vehicles. 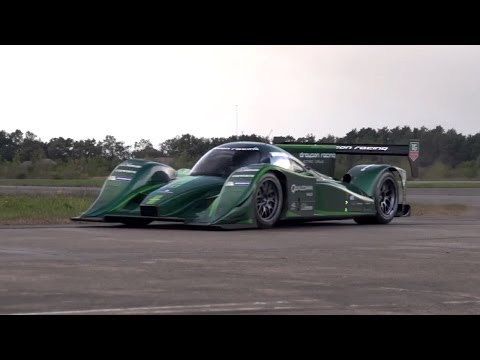