From the 1st April 2017, the way in which Vehicle Excise Duty is calculated is set to change.

Currently, the car tax that you pay is entirely determined by its CO2 emissions – meaning that, regardless of the car’s value, running a car that produces low emissions is a more cost effective way to own a car. Due to significant changes to Vehicle Excise Duty (VED), announced last summer by former Chancellor of the Exchequer – George Osborne, this is all set to change from the 1st April 2017 and will see a car’s value play a part in how much VED you pay. 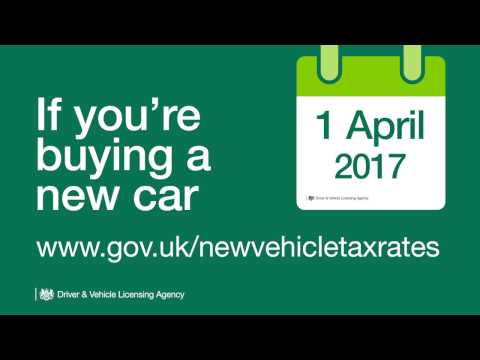 In year one of ownership, everything remains fairly similar to the old system – new cars will be split into 13 different CO2 bands and their VED will be calculated based upon the band that they sit in. Only zero-emission vehicles, such as electric cars, will be allowed in the lowest, tax-free, band.

It is year two of ownership where the changes really come into effect as the list price of a vehicle becomes a factor in the amount of VED that is due. Zero-emission vehicles that cost less that £40,000 remain tax-free, whilst there is a flat rate of £140 a year payable for all other petrol, diesel and hybrid cars.

Cars that cost more than £40,000 will attract a ‘Premium’ fee of £310, regardless of their emissions, that is payable on top of the £140 for years two to five of ownership; subsequently meaning that even zero-emissions vehicles will no longer be tax-free after year one of ownership.

The VED calculation for a vehicle will be based upon the list price of the car and not the current value or the cost before any additional specification was added.

These VED changes only have an effect on cars registered on or after the 1st April 2017. This means that if you were to purchase a car and register a car before the 1st April, your VED would continue to be calculated using the old system that is solely based upon emissions.

Click here to read the official government PDF that outlines the full list of changes and the definitions of vehicles that are going to be affected.