In 2017, your Car's Charging Cable could be a Thing of the Past.

Quite a few years ago there was a feature on the Gadget Show that showed how one day annoying wires would be obsolete and all of your electronic appliances would be powered wirelessly. Unlike the prediction on the show, wireless televisions are still a thing of science fiction, technology company Qualcomm have taken us one step closer, however, with their recently unveiled wireless charging system.

The system, named ‘Halo, has been developed in tandem with the new all-electric Formula E championship, with the aim of one day allowing the cars to run almost indefinitely due to race tracks that are live and continually charging the cars. This first system is currently being utilised by the i8 safety car and was unveiled last month. So viable is the wireless technology that BMW and two other manufacturers are competing to ensure that they are the first to offer the Qualcomm Halo as an option on their cars as early as 2017.

Using Halo to charge a vehicle is painfully simple and requires the driver to simply park their car over the wireless charging pad. This could be kept anywhere providing the car’s charging pad is within the 30cm of allowance that the floor pad emits to. Induction coils within the charging pad and coils in the car form an electrical transformer and subsequently charge the car’s battery.

Qualcomm have been putting an extensive amount of work into the Halo system and have been working closely with Drayson Racing Technologies to power their all-electric Drayson Lola B12/69EV LMP1 car. Research and development has allowed Qualcomm to create a 22kw charger that could charge the empty battery of an i8 to full in just 15 minutes and the larger battery of the i3 in less than an hour. Whilst they look to utilise this incredible 22kw charger in the next Formula E safety car, the current i8 uses a ‘double-D’ coiling system that charges the i8’s 10kWh battery to 80 percent in just one hour.

Whilst the thought of electrified race tracks that allow for constant charging is amazing, the implementation of technology like this on public roads could be revolutionary and would allow for electric cars to almost always maintain a fully charged battery. This would remove the need to ever charge your car and would extend the car’s range to an unlimited figure providing the car is on a ‘live road’. Whilst on-the-move charging is still a way off, both Qualcomm and BMW say that their wireless charging pads could be appearing on the options list for your road car within the next couple of years. 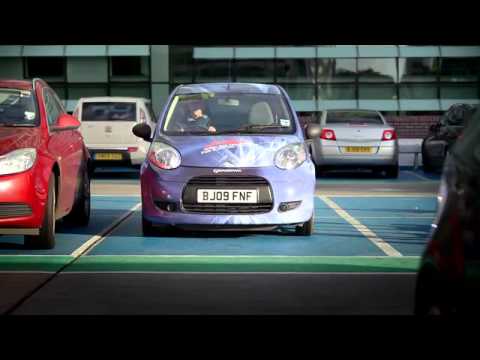