The new SEAT Ateca has been named the best car for modern families by Top Gear magazine. The excellent quality, spacious and stylish car was released in September of this year and has received an impressive 5 star review from both Auto Express and What Car?. Whilst also claiming the award for the best crossover in Auto Express new car awards. From the ergonomically designed centre console to the huge amount of space, this SUV makes the day-to-day exceed every expectation.

Top Gear's magazine editor Charlie Turner, said: “Families require practicality and safety but we cannot forget style, and the Ateca ticks all the boxes. Great dynamics, strong construction and a comprehensive range of driver-assist and connectivity options make the Ateca a great choice for the modern family.”

Richard Harrison, Director of SEAT UK, commented: “This is fantastic news for our new SEAT Ateca and adds to the great momentum that it has been developing even before its launch in this country. The award is testament to what an enticing all-round package it is for families, as a desirable, high-tech, stylish and well-built SUV.”

The New SEAT Ateca comes with a choice of powerful and efficient engines offering the most advanced driving experience. City driving is always a pleasure with unrivalled urban performance. 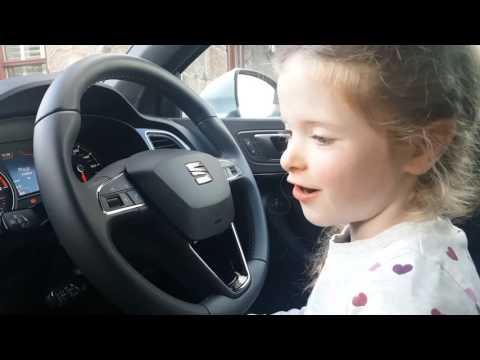